Under the coat more your thing?

And not to be outdone, how about the vest under the sport coat? Be careful though, this would require a thin vest and a jacket with room to accommodate. Otherwise you’ll end up with a visual of some extra pounds… unless you’re going for that sort of look. 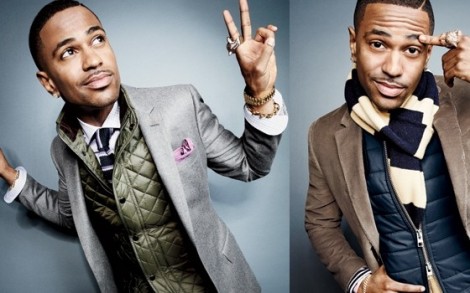 via Fresher Than Chris

Vest over Sport Coat – What say you?

This one is for my wife and could have also been titled, ‘haters gonna hate.’

Yesterday, I woke to temps below 40F (which is borderline arctic for me) but wanted to make sure I was dressed properly for worship. I do not have a large overcoat (for a number of reasons but none relevant to the story) and so I donned a brown sport coat and then layered that with a orange-over-navy vest to stay warm. Almost immediately I was called to the carpet by my lovely bride about my questionable decision but I went ahead and powered through with the look.

Once we made it to the church building, I was greeted by a friend’s wife who, without prompt, mentioned she was actually digging the look. Later, with my wife in tow, I asked her to repeat it so that my wife could hear her thoughts and that I wasn’t completely delusional about my fashion choices. Instead of confirming her original statement, my wife’s friend offered up the thought that it was something she had never seen before but stopped short of mentioning her affinity towards it. Go figure.

With one other conversation had about it on Sunday, I decided it my responsibility to take it to the Internets to see how far off base I actually am on my thinking that this is an acceptable look. 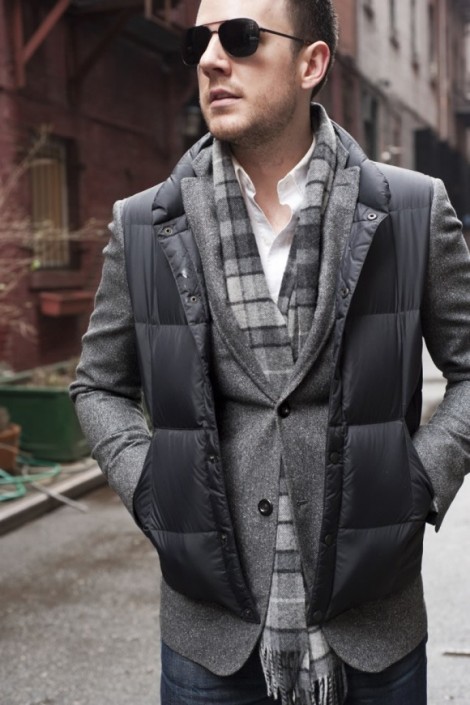 END_OF_DOCUMENT_TOKEN_TO_BE_REPLACED

As I look over the entries for today, I realize I must be in the mood for chopping some wood or building something awesome with my hands. Both of which I do regularly. Could also be my subconscious recognition that I might be ready for fall. I’m definitely ready for the temperature to fall below 100°F (38°C).

Not only are these pants rugged and tough looking, they’re created with 100% organic cotton and a bunch of other eco-friendly terms so you can feel good abut yourself when wearing them. I dig the fact that they’re also released in color according to the California growing season. Reminds me of the Field Notes Brand notebooks. 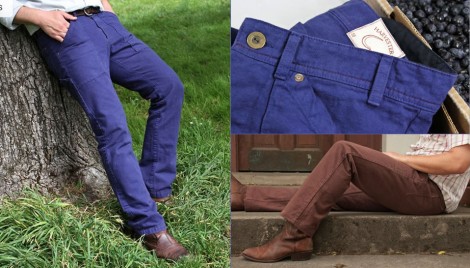 Since the skin has melted off the majority of the people in the US by now, I figured it time to throw up some things to help you cover up your soon-to-be scarred bodies. A random mix of things I *need to have in my closet by day’s end.

Surely you know about Warby Parker, but if you don’t here’s a quick low-down: they’re an internet-based eyeglasses manufacturer that does a similar one-for-one deal like Toms shoes with those in third world nations. $95 for a pair of high-class prescription glasses with the added bonus of getting 5 pairs of frames in the mail to try on before ordering and you get to help out another in the process. Win.

Just a couple of months ago though they branched out into the sunglasses market as well. Double win.

We’re already starting to see spring/summer collections both in-store and online but since its below the freezing mark at my house today, we’re going to crank out some more warm weather wears.

Narrowed down AFTv8 to two designers: Gant and Tom Ford. And for the record, you aren’t going to find their collections at Wal-mart.

From the letterman’s letter to the white arm-band and over-sized collar, everything about this sweater says, “ladies, get back, I’m just one man.” 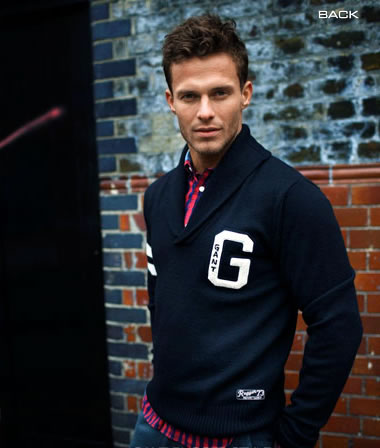 I’ve never been a double-breasted guy. Heck, I was even happy when Letterman quit sporting them. But apparently if I were a little more London Preppy I could pull it off. Whatever, it works. 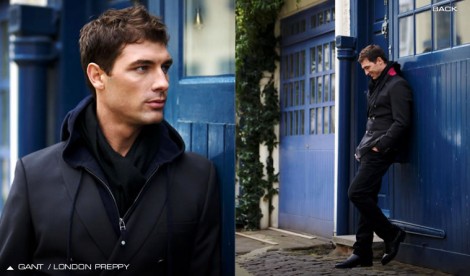