Forget the fact that NFL players report for training camp in two weeks, it’s time to get your TiVo’s set for the fourth season of Mad Men in just two weeks. It’s been by far the most addicting (and more than likely the least benefiting) show the wife and I have watched consistently in years.

They’re making it easy for you to get semi-caught up over the next few weeks if you’re behind with a Season 3 marathon as well as all 13 episodes from last season being on video on demand for the next month. Otherwise, Netflix or iTunes seasons 1 & 2 to catch the entire back-story.

The attire, the drama and the story lines are all top-notch.

Also, if you don’t follow along through RSS, you missed the season 4 cast photo I posted the other night. You should subscribe so it doesn’t happen again.

Of those who do watch, anybody care to share their favorites? Episode? Character?

If you’re a twitter-er, you might have noticed my new avatar. Since I’m not photogenic, I took 5 minutes last night to Mad Men myself. Feel free to do your own: http://www.madmenyourself.com 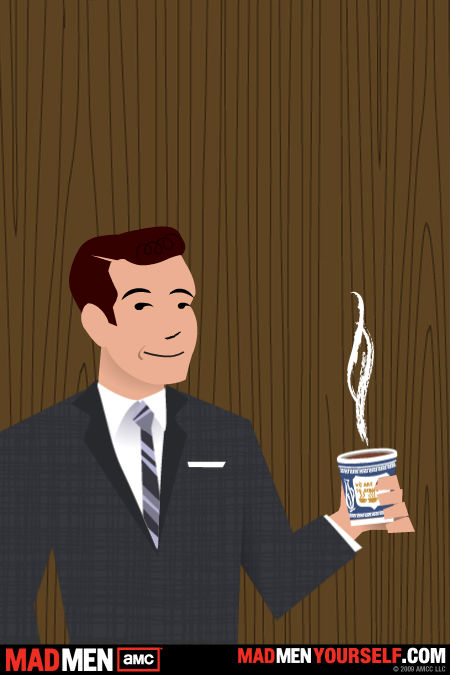 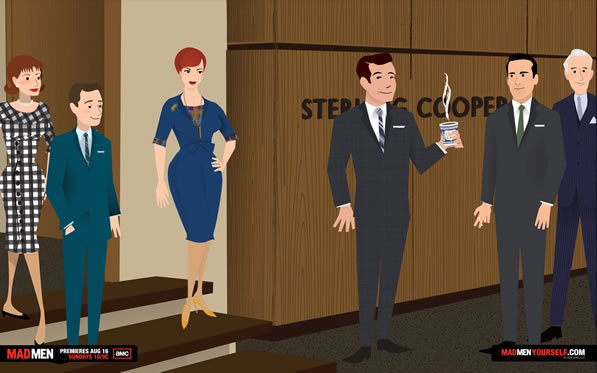 I’d tell you to get your TiVo’s set but I kind of enjoy the fact that most don’t watch it for some strange reason. But I will start to wonder how you could possibly not begin watching after seeing the season 3 promo: END_OF_DOCUMENT_TOKEN_TO_BE_REPLACED