$25m penthouse could be my next home

If in fact I had a spare $25 million lying around for a penthouse in NYC. Beautiful.

…but to start – one of my favorite blogs that gets updated far to seldom, Abstract City by Christoph Neimanm, got updated yesterday.

He now resides in Berlin but writes from time-to-time for the NYTimes. 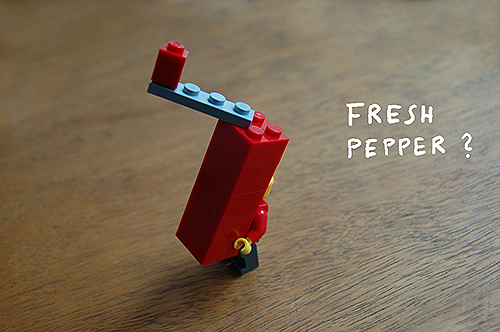 I have an unwarranted love of NYC.

It’s not a statement that many of you will find surprising. For some reason, I can’t get enough of New York City. I regularly read about it, follow people who live it, look at pictures both old and current of it, and even let my mind wander far too often about daily living and how it happens there.

Many of the shows I’ve watched regularly over the years on television are based in or around the great city. The Cosby Show, Seinfeld, Friends and Mad Men come to mind. Whether its 2008 or 1940, I enjoy consuming it all. The subway, skyscrapers, Central Park, Lady Liberty, Broadway and the list could easily go on. As it gets closer to the holidays my thoughts turn even more towards ‘the greatest city in the world.’

Sad thing is, I’m not sure I could make it there.

Some of you know that it was on our short list for a while before we moved to our current large metropolis. We had a place to stay lined up, but no jobs to justify selling most of what we owned and moving cross country. The cost of living is astronomical. My values in life hardly line up with the mass majority. The idea of raising a family there is foreign to me (though it is done by millions every day). I’m almost positive I wouldn’t be able to do what I do here, there. But it doesn’t stop me from dreaming.

I suppose if there was an endless supply of money in our account, we would own a place in NYC. Manhattan, to be exact. But since there is no endless supply – and there isn’t a voice inside me that is confident enough to think I could make it there the old fashioned way – I settle for impressive works like the following shots from Paul Goldberger. Images of locations revisited around the city in 2008 that he took pictures of 30 years prior for a city guidebook. The pictures are decent but the presentation of them really sets them off.

A couple of my favorites: corner of 59th and 5th Ave, the Hudson River shoreline and of course the identical towers that once stood tall.

Without a doubt, ’tis the greatest city I’ve ever visited.