Fortunately for me, May 8th afforded another memory embedding.

To recent readers, you might want to catch up. A fantastic practical joke played by my dotcomrade Rob led to some great laughs around the Ross household.

A sad reminder no more. Today I get to add some new adjectives to my list of those describing Cameron Moll. I just don’t know what they are yet. They fall somewhere between “true champion” and “kind fellow.”

After my last post, an email exchange occurred between myself and the aforementioned designer-extraordinaire. He found the original exchange humorous enough to ask for my address with the promise of getting something out to make up for the original joke. I went ahead and sent it but assured him that there really wasn’t a need to worry about doing anything on this end. I was content with the small email exchange and just glad that he wasn’t bothered being an unwitting partner to our practical jokes. 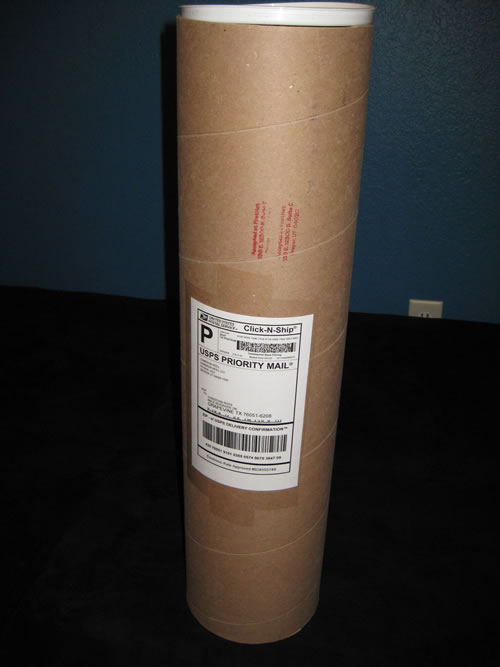 As I walked back up the driveway on May 8th, I noticed the above on our front porch. Having not ordered anything myself recently, my mind quickly wandered to what toy my kid was now receiving. Lucky for me, it wasn’t a toy and it wasn’t for the kid. The label read Cameron Moll, LLC and it didn’t take me long to remember back that he recently twitter’d about getting the second run of his incredible posters ready for shipping.

Unreal. I am truly humbled by the generosity (and talent) of Cameron Moll. A poster that he could have made a nice profit on was sitting on my doorstep unpaid for in both cost and shipping. Add one to the easily recalled memory bank. As stated above, I’m still at a loss for words. The poster is a beautiful as the pictures I’d seen of it showed, the signature adorning the bottom corner and the hand written note trying to make up for the original prank as if it were his fault; unreal. Or surreal.

The poster is still in the tube, waiting for me to be able to get it framed for the wall. I’ve spent the last ten days trying to come up with a way to repay. While I’ve thought of paying for the poster, I don’t think its something he would want. Any suggestions would be appreciated.

Cameron, if you happen to read this, suggestions from the source would of course be welcomed. One of the early vote-getters was an offer to do some wakeboarding with us if you and/or the family ever make it down the Dallas way but I hope to not settle on some can only occur under certain circumstances thing. Consider the lake time an open-ended invitation and not my attempted response for the gift.

I’ve rambled enough but hadn’t said the one thing that I should, a heartfelt thank you for your generosity and future stories to tell.

A few images below to share in my unpacking. 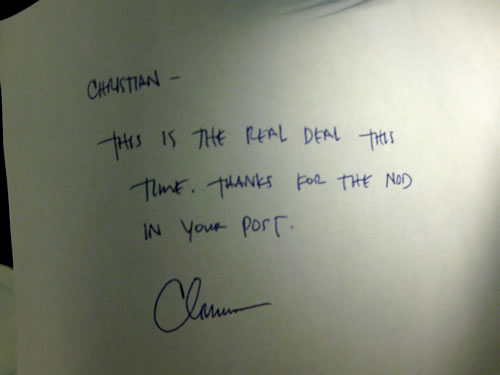 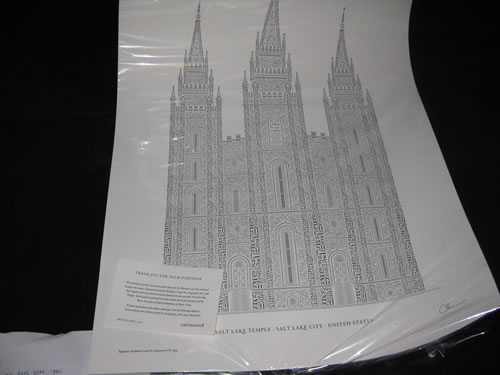 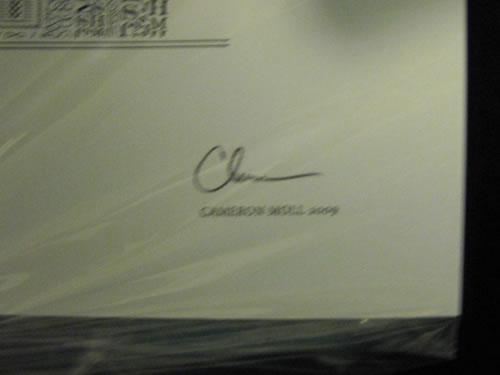