With my family out of town most of the weekend, I sat myself in front of this screen for a better part of 28 hours playing catch up and doing some much needed maintenance on this site. I know that some of you are tinkerers and somehow set time aside regularly to tweak and adjust but with client work, family time and the hundreds of other things I fill my days with, I rarely take the time to do proper adjustments.

Three columns
The design itself hasn’t changed too much other than moving back to a three-column layout that I originally launched with. In doing so, quite a bit of time was spent having to go back and tweak older post images/videos to fit into the now skinnier main-column width. For the pixel nerds, I went from 700px down to 500px with a left column of 220px and a right of 180px. Mix in a little margin and you’ve got yourself a website. While it’s not built on the 960.gs, it is 960px wide. I also tweaked the font-size down slightly just to account for the new page length. Hope readability doesn’t become an issue.

About page
I have intentions of building one of those Weightshift-based home pages like several of you have done but being as un-photogenic as I am, I don’t have a decent enough image to work with yet. Add to the fact that I’m slightly concerned with messing up my Google mojo by forcing my TLD to it, I might still end up doing it but it will probably be more like some of you who go with iam.christianross.net or me.christianross.net. END_OF_DOCUMENT_TOKEN_TO_BE_REPLACED

I’ve never been good with a pencil/sketchpad but about 4-5 months ago something spurred me on to sketch out a couple of letters that were in my mind on a Post-it. I spent a few days staring at them stuck to my desk when I finally decided to create the entire alphabet in my notebook. There they sat for a long while. Tired of letting projects like this fall by the waste side, this past Sunday afternoon I scanned them in.

Illustrator users would punch me in the face for not using the live-trace tool but I actually traced each one by hand into vector shapes. One, because I’ve only used the live-trace a time or two before and I couldn’t quickly remember how, and the other, because I wanted to see exactly what it took to dive into a task like this all by (digital) hand. END_OF_DOCUMENT_TOKEN_TO_BE_REPLACED

Somebody please do me a favor and find the origin of this poster. Must-have for the office. I might never tire of infographics. 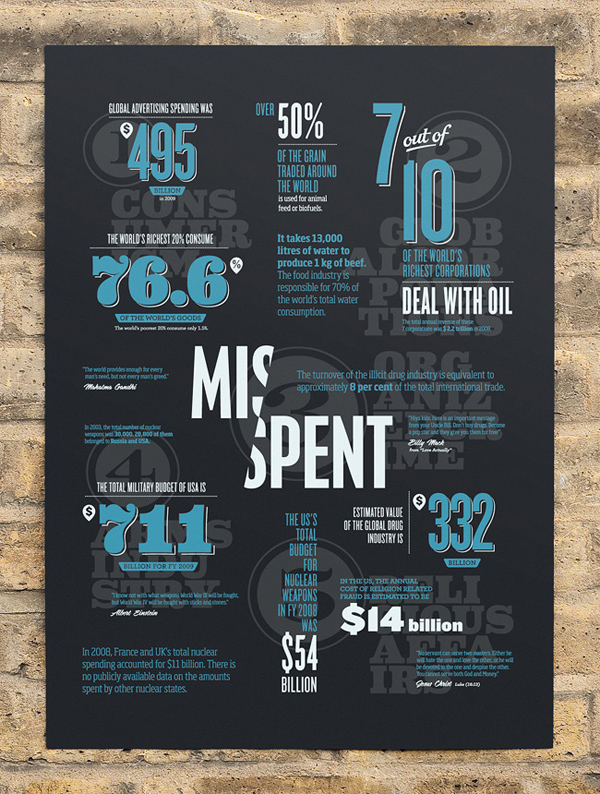 If you haven’t already, I implore you to take a look at the fantastic new site, Lost World’s Fairs, by an all-star crew of dot-commers going by Friends of Mighty. My favorite right now is Atlantis by Frank Chimero but they’re all great in their own ways. The site itself is slightly nerd-eriffic in the fact that it’s mainly set up to show what can be done with text on the web as well as show that Microsoft is starting to come around with their browser situation as well. All nerd-ery aside, the designs themselves are beautiful. 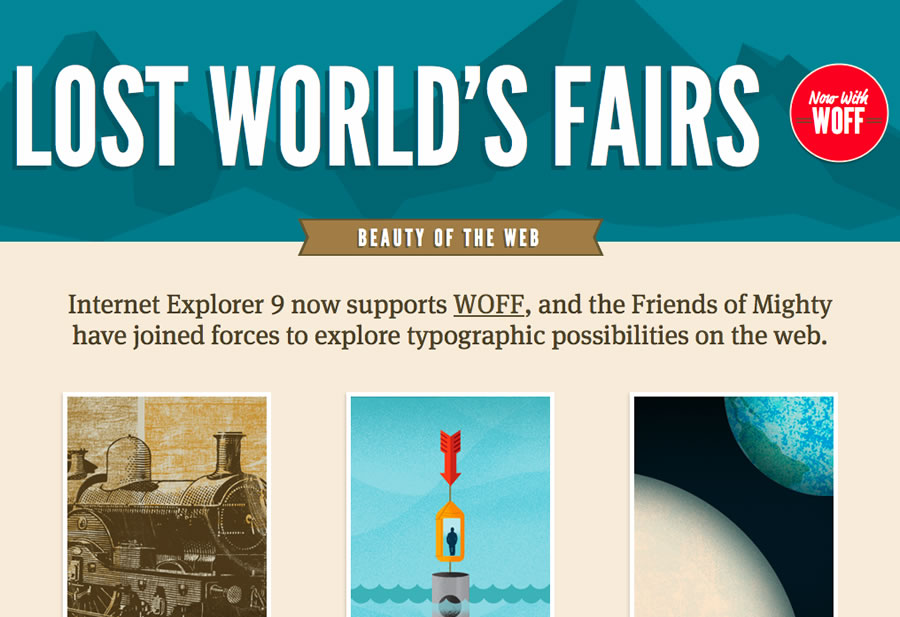 Congrats to those involved that I know personally (Trent Walton & Dave Rupert) and to the others as well.

I’ve been pretty fascinated with certain types of illustration as of late and the work of Austin-based designer, Thomas Guy fits the bill nicely. I’ll do my best to not put his entire portfolio here. 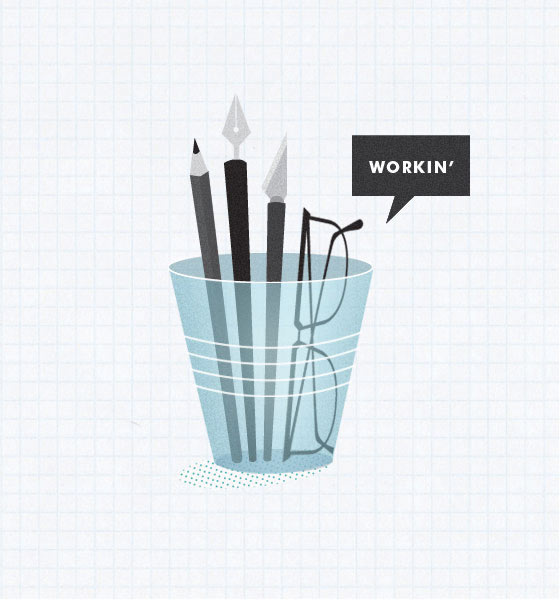