Even describing it, I want to throw up. Not because it grosses me out, but the fact that I can’t figure out for the life of me how this keeps happening. Every time in the forehead region. How about a knee or elbow for goodness sake?

He’s supposed to start school this week but with 5 stitches in his forehead, I’m not sure they’ll even let him do that.

While there is/was nothing I could have done to prevent the issue, I still feel fully at fault. Even with so many other things going on in my life right now, the only thing on my mind tonight is that I hope it heals with the least amount of scarring possible.

To C, if you ever happen to read this – I apologize for the pain you endured tonight and the mark that you will be left with, if I could have done more I would have. 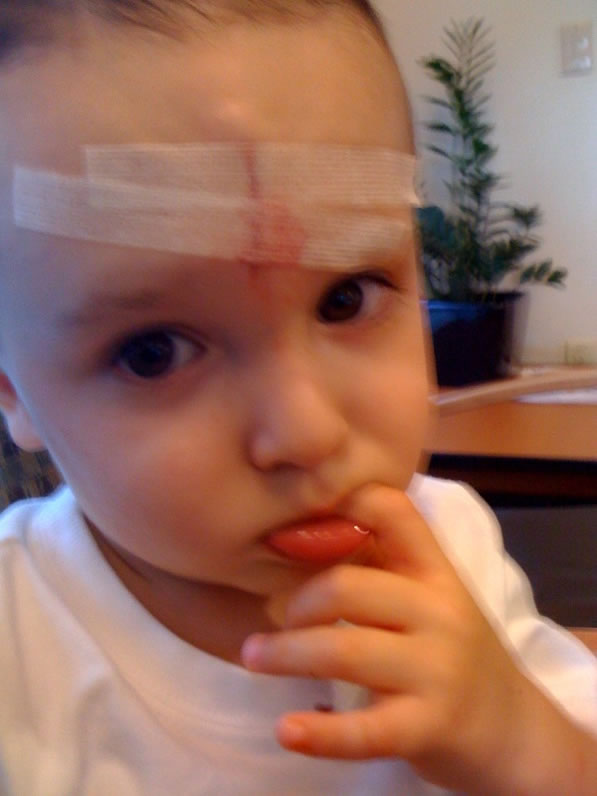 2 responses to “Things you don’t get used to”