GVHS is an inherited design from a previous designer and is a number of years old. I can’t speak for the original designer but am guessing in its initial form/launch it was good for its time. Web standards weren’t adhered to in years past like they are today so there are many back-end issues that it faces but where it falls short today in my opinion is what it has become.

Since the launch of the original website, the client has grown from a single hospital to a network of medical facilities ranging from nursing homes to home health – which is great news for the client. The problem lies in the fact that instead of growing their online presence simultaneously with their actual business, they attempted to just force more content into their same online home. After recent discussions with them, a decision was made that some small design changes would need to be made. Not being able to settle for some small tweaks, I forged ahead with a vision of where I see them going forward. A design that not only updates their look but organizes their content in a way that makes it much more accessible to their users.

This design has been presented to the client and will probably spend some time in revision with the client before it comes to life on the web. My goal here is to show where design can and should be used to solve problems; most of all in this case the re-organization of content to differentiate exactly what the GVHS network does and how to best present that information to users.

Since the current version of the site is still live, there isn’t as much of a need for screen shots but hopefully it will change at some point and these can serve as record keeping of the old. 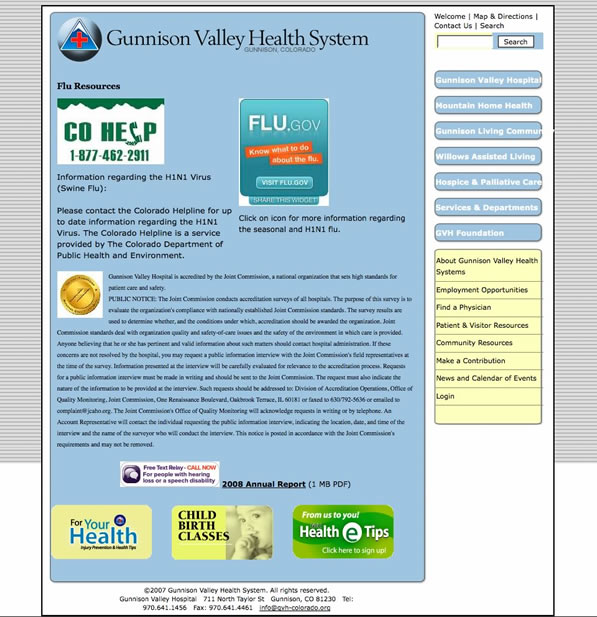 Views of over states with each navigation area: 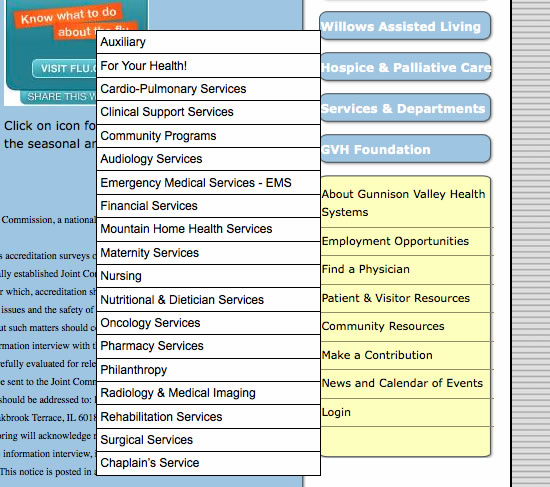 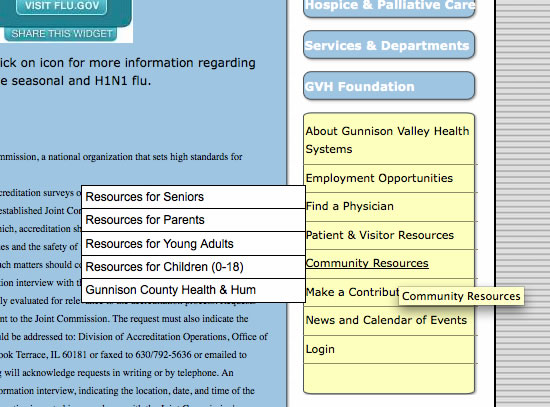 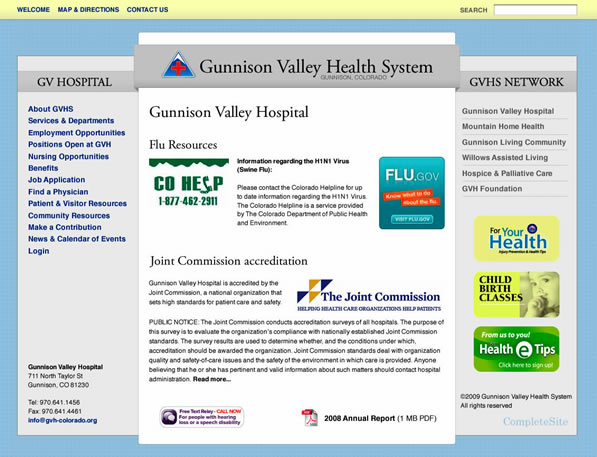 I hope that the client sees the importance of the re-organization of their content and that ultimately their users are the biggest benefactors of the whole process. We’ll see. If it moves forward, hopefully we can track and watch the differences in what actually gets viewed and works well which would ultimately turn this into a full case study.

Feel free to put me in my place below.

One response to “The Overhaul: Gunnison Valley Health System”