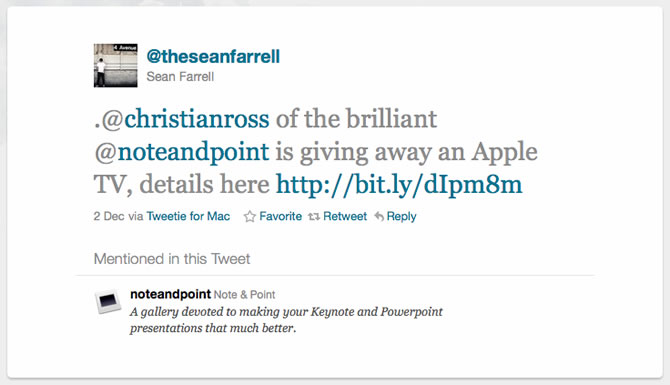 While there were no requirements on how or what could be done/said, I am impressed that Sean actually took the time to do a bit of research, paid attention to the campaign and actually knew how to use Twitter the right way to get the most viewers of his tweet. While all were included, many didn’t read and posted things like I was giving away new computers or attributed the campaign to others all together.

The drawing itself was done at random, for each campaign I put all of the names entered into a spreadsheet and then used http://www.randomnumbergenerator.com/ to pick a number from the list.

Congrats to the winners, and a huge thank you to all who participated. Here’s to an awesome 2011 for each of you, feel free to spread the love about my services with or without freebies on the line!