Ted Williams and his golden voice have been well-documented this week so hopefully this joke won’t be lost on you. From the oft-genius that is someecards.com, comes this gem: 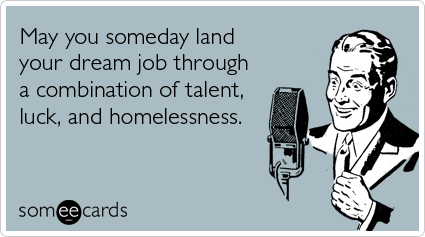 If you’ve been living under an Internet rock this week, this should catch you up to speed. Also, Ted has a new job now (or three).