According to my wife, Parks & Rec is not funny. Don’t trust her on this one. It’s gold. Mostly due to two characters, Ron Swanson and Tom Haverford.

I’m thankful that either NBC released – or some fine citizen took the time to build out – the Ron Swanson Pyramid of Greatness. Study it and memorize. 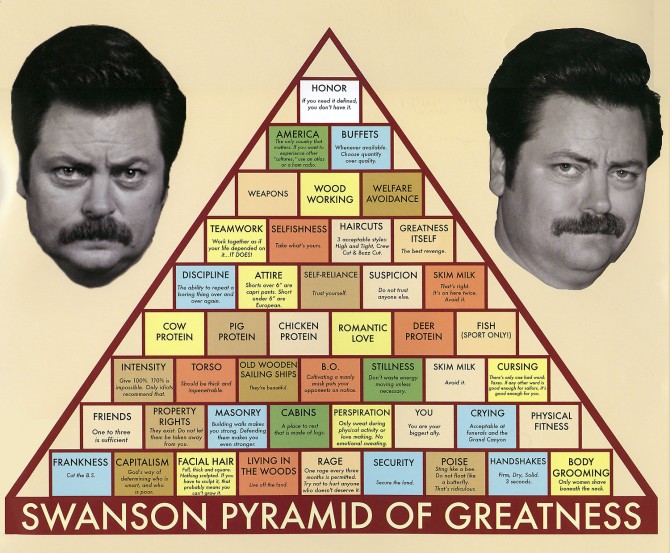