10:30a
OSO Climbing Gym (Design District)
★★★★☆
If I could figure out how, I’d give this 4.5 stars. I had a blast and I think the boys did as well. Melanie enjoyed it but I don’t think it’s going to be her “thing.” OSO is a ‘bouldering’ gym only which means that there are no harness or ropes, just shorter walls that you climb down or jump off when you’re done and mats at the bottom. OSO was welcoming and friendly; the place was super-clean; they were cool with the boys being there; and I felt zero judgement from anyone. They had ‘routes’ for everyone from beginners to experts. We just bought day-passes which gave us access to everything but if I was 10 years younger and 10 miles closer, they might have been able to talk me into a membership. Lessons learned:

12:45p
Hurtado BBQ (Arlington)
★★★★★
I’d never heard of Hurtado until Texas Monthly ranked them in the Top 50 BBQ joints last fall, and they are absolutely deserving of that award. So good. Brisket, ribs, burnt ends, birria tacos, smoked turkey, etc. We stood in line for probably 20-25 minutes and lucked out with an indoor table right as we paid. It was windy/cool that day so sitting outside would have been a challenge. They’re open Wed-Sun from 11a until 5p or sellout. The only thing that was sold out when we got there was the sausage and I believe we got the last of the burnt ends (my apologies to everyone behind us). The customer service was great and the prices were actually reasonable for BBQ. We got the El Jefe platter for $40 and it fed all four of us with some leftover to take home.

2:30p
Urban Air Adventure Park (Southlake)
★★★☆☆
This one was a fail on my part. On Thursday, I had looked up Crush It Sports in Grapevine and the times were wide open; I had no idea it would fill up so quickly on Friday. We showed up and they didn’t have anything available. We also looked at Free Play Arlington and Corky’s Gaming Bistro as options but when we asked the boys, they said they’d prefer Urban Air. As a parent, this place isn’t all that exciting but the boys had fun and it was what they wanted to do. They both played dodgeball, hit the trampolines for a bit, and Keegan drove the go karts one time. I’d give it 2.5 stars, your mileage may vary.

6:15p
Derby (Dallas)
★☆☆☆☆
This place had so much potential. We found it on our phones while sitting at Urban Air. We wanted to finish out the day with a fun dinner spot. The concept and ambiance were really cool, the execution, not so much. The idea is that they’ve got a pristine warehouse full of a variety of cool cars stored there (privately owned) and you eat dinner alongside it. There were old cars, new cars, motorbikes, etc. The only problem is? You can’t get out and walk around and get a look at the cars. You eat in a room next door with big glass windows but unless you’re a member, you can’t walk out near them. Let. down. To top it off, the pricing was a bit much ($18 hamburger) and the food was less than mediocre. I don’t think any of us liked our meals. The boys got a Cuban sandwich for $18 and they immediately pointed out that Wienberger’s (the local deli here in Grapevine) would kill it for half the price! Can’t recommend this place to anyone, even car enthusiasts.

7:30p
Howdy Homemade Ice Cream (North Dallas)
★★★★★
Where Derby failed, Howdy made up for it. I’ll eat ice cream just fine though I don’t crave it like some. And the ice cream here was very good but my favorite part about Howdy is that one of their missions is providing work for — and building up — the special needs community. We had the pleasure of meeting Hannah and Megan and I can imagine we will be returning again. Mission-minded businesses always have a good chance of earning my business, especially when they execute it right. Well done, Howdy.

All-in-all, we had a really good day. It wasn’t skiing in the Alps but I think the boys enjoyed it. There was no fortnite-ing; very little arguing; and several, “thank you’s” throughout the day, so I call it a success.

This typically isn’t a travel blog so feel free to pass right on through if it isn’t your thing.

If you are in the Dallas area and need some other date-night or family-night ideas, hit me up. If you have any, feel free to send those along as well. 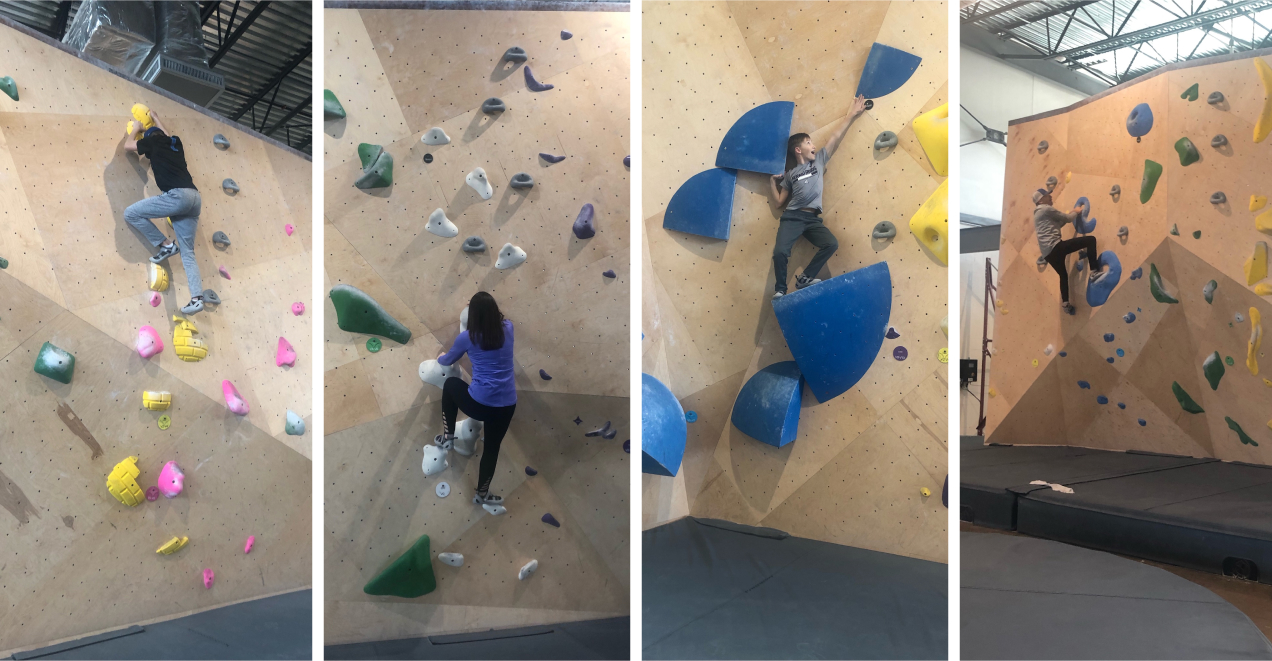