Sidney Kelly had a rough day at work and I’m guessing things got a little out of control after-hours. His posture and lack of emotion make me think that he got into a little scuffle while the lack of dirt and wrinkles in his clothes make me think he probably won. 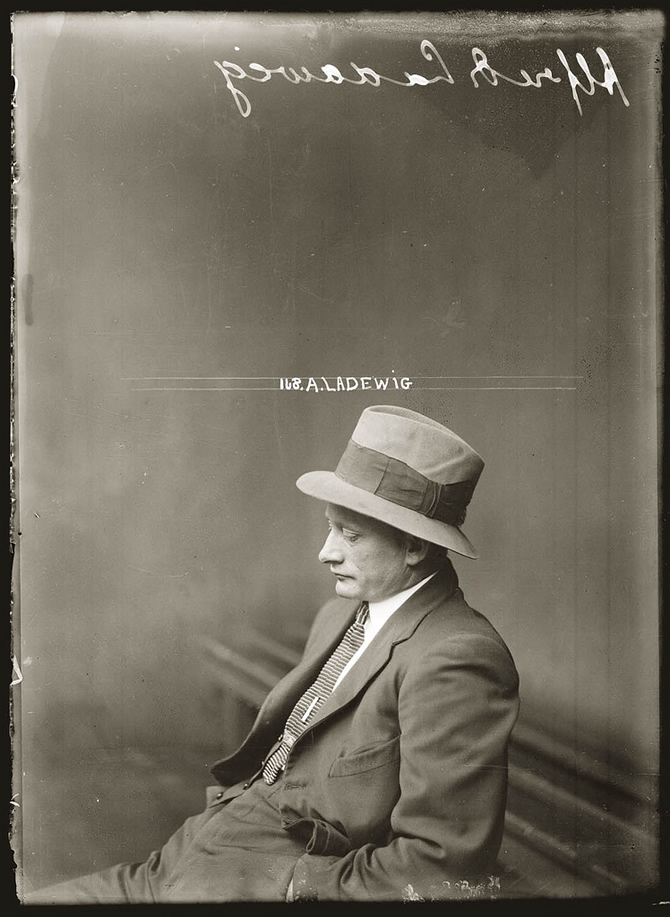 Everything about this one makes me think that Alfred Ladewig knows he has some serious explaining to do. His wife isn’t going to be happy and he knows it. Also worth noting, as hard as we try with apps like Instagram, the natural effects, colors and filtering on this photo just can’t be replicated.

Mr. Moody has money. The things that tip me off are the fact that his hair is kept neat; the environment that he’s in doesn’t scream cell-material (chairs, window, faucet, etc) so he’s probably only in the station for a short while; and the fact that his posture shows that he knows he’s getting out of this in one way or another. Either by paying his way out or having the money to make sure his lawyer makes this go away. I suspect racketeering.

Thoughts? Have your own take on any of these or the others posted?